Gdansk is a city with a population reaching half a million. It is located near the place where the Vistula River inflows into the Baltic Sea, at the crossroads of the major trade routes linking Russia and Scandinavia to Europe. Due to the close location to Sopot and Gdynia, they all together form the so-called Tricity, i.e. a large conglomerate extending along the coast of the Gdansk Bay. According to the Guardian, in 2014 Gdansk has become the only one city in Poland, which can be recommended for a visit. On the contrary, we know a couple of more places in Poland, but that is another story.

Gdansk certainly deserves attention, and for the reason that it is the birthplace of Arthur Schopenhauer and Gabriel Fahrenheit. The Tricity is the mirror of all of Poland, its history, and the vector of future prospects.

Once you happen to be there, make sure to spend two days of your life getting to know this place and, of course, don't forget to visit Sopot.

Poland works wonders to reconstruct the buildings destroyed during the Second World War!

In 1945, Danzig* was burnt to the ground, only ruins left from the old city, but in less than two decades, the Poles managed to restore the historic downtown of the city almost entirely. According to the archive documents, its reconstruction was considered as an unprecedented activity in the entire history of the protection of cultural monuments in the country. The old stone houses, churches, and even whole streets have been diligently reconstructed.

Today in Długi Targ*, around the former long market, one can see again the luxurious buildings with beautifully decorated facades, such as the Golden House, the New House of Lava or the Artus Court.

*Danzig is a city-state, formed on January 10, 1920, under the 11th section of the 3rd part of Treaty of Versailles of 1919. The city of Danzig and over 200 smaller towns of the former the German Empire were located on its territory. In accordance with the decision of the League of Nations, the city was a part of neither Germany nor Poland.

**Dlugy Targ is a busy center of medieval urban life, which nowadays is the main street of the Old City. It was here, where the trade flourished, grain exchanged worked, tournaments were held, and the oaths were taken in front of the kings.

Look from the 6th floor: Gdansk vs Kaliningrad

In recent decades, securing the status of the business card of Poland and Europe for thousands of Russians (especially for natives of Kaliningrad) visiting the city every year, Gdansk has gained a special force of attraction, and has quickly turned into a million market with lots of shopping malls, shops, outlets, concert sites, stadiums providing good services of high quality.

According to official data, in 2014 the Consulate General of the Republic of Poland in Kaliningrad issued more than 90 000 visas and 160 000 permits for LBM. This phenomenon does not occur anywhere in Europe and shows the increased demand among compatriots to travel to the Schengen area, including the Tricity.

This interest is accompanied by enormous differences in living standards, access to welfares, technology and a culture of work. Although Kaliningrad and Gdansk share only 160 kilometers, and the citizens of the two countries live on the shore of the same sea, these are two completely different worlds. The first one has been beautifully renovated. The second one, former Konigsberg, also destroyed during the war, has been built by Soviet concrete buildings and the majority of Europeans consider it as the "Unknown Earth".

One can clearly see the way history has differently founded two former Hanseatic cities! Economic and entrepreneurial potentials, relics of the past, cultural proposals, nature, quality of the education, service markets and delicious national cuisine. The tourists from the nearest cities of Russia will never find such a proposal. It looks attractive.

However, not everything is as simple as may seem...

The famous Gdansk shipyards, the cradle of Polish freedom, are closed. Their history is significant: over several decades, they turned from an inspiring example into almost a monument. The production has dropped down, 1000 people lost their jobs, it is clear that the interests of shipbuilders from Germany and the United Kingdom are behind this situation. The situation is exactly the same in other industries.

The European rules have deprived them of independence, and investments are given for Polish companies with foreign capital.

Yet Poland, including Gdansk, lives and struggles, considering not the only one vector of development, thus giving a worthy example to other countries and cities.

Focusing on the natural materials and scandinavian nature, the polish studio LOFT MAGDALENA ADAMUD has made the most of their opportunities in the design of the HOTEL MERA SPA. The result is a multifunctional and versatile option for a comfortable stay, whether you go on a family holiday, business tour or a romantic trip.

Actually, minimalist style and the comfortable ergonomics of the rooms and omplex are a great place, with the possibility of alternation of relaxation and active leisure on the Baltic coast. By the way, 50 meters away from the hotel for a bike path you will find a sea with a clean beach.

The hotel MERA SPA HOTEL, including 145 comfortable rooms, 2 restaurants, Mera Brasserie and Pescatore under the direction of Italian chef, 3 meeting rooms, 35 treatment rooms, 4 pools, including outdoor pool, located on the roof, as well as a sauna complex, due to the proper pitch has become one of the best Spa hotels in Poland. And these are not empty words!

IKONA RUSSIA have carefully checked the entire service, after which we are fully confident in the fact that the days will remain the pleasant memories!

Those who are in love with Gdansk, want to watch its changes, feel his tonality, but no one has ever set aside the need for peace and quiet. The opening of the renovated apartments by Patio made it possible to be in the heart of the Hanseatic city and live comfortably. The view opening from the windows has greatly defined the tone of the interior. Here are muted but complex shades, large lamps of simple forms, vintage decoration elements combined with Scandinavian motifs. The spirit of Hanseatic city bursts through the modern fabric...

We offer you to stop at Paul Radtke, which is on Dlugi Targ, but the company gives you an opportunity to choose either Heweliusz or Fahrenheit, both of which do not fall short of execution.

Where to eat tasty?
FILHARMONIA, GDANSK

With a simple ingredients and the simplest forms the chef Kristoffer Basznianin creates his own world of the senses and an unique tasting menu basis on the seasonal products. The original kitchen of the restaurant never ceases to amaze, representing for each month to the guests a new flavors, which are also pleasing to the eye.

In fact the PHILHARMONIA, offers a tempting dishes: a cod roe emulsion with a crispy chicken or a crayfish bisque awaken your appetite for the main course, such as a monkfish with a rowanberry and a black kale, and the perfect ending will be a sorbet dessert.

This restaurant for its harmonious combination of traditions and an innovations is certainly needed to visit, no matter whether you go down purposefully after walking or make your dinner a pleasant addition to the concert at the Polish Baltic Philharmonic.

One of the best places on the gastronomic map of the Tricity, filled with the aroma of wood and natural materials, with the first meeting is captivating an relaxing atmosphere, with quality food and quite democratic prices, by European standards. An important addition are the elements of eco-minimalism, their presence adds softness to the atmosphere of the restaurant and returning guest of the urban world in a purely natural environment. It is always possible to escape from the bustling developing city, eat and even overeat! The pride of the restaurant — that is the "fat duck", but other meals are not worse. Try... 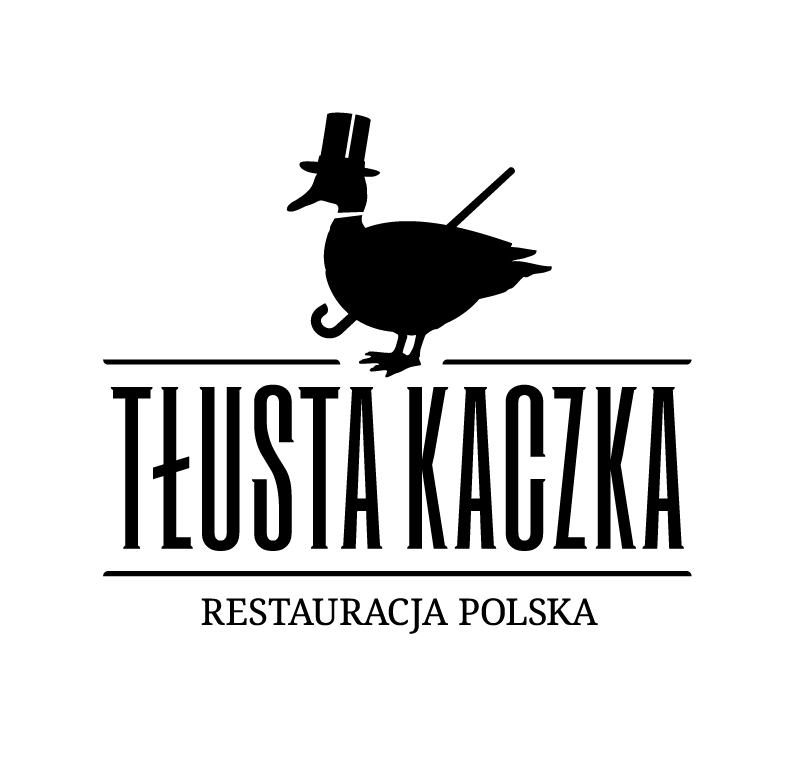 The most elegant and aristocratic resort of '20s is located just a few kilometers north of Gdansk. Many years have passed, but so far, Sopot remains a popular place with a rich cultural life, securing the status of the summer capital of Poland. 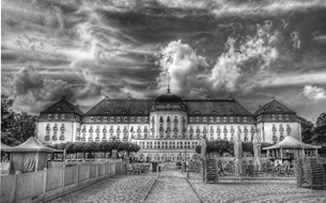 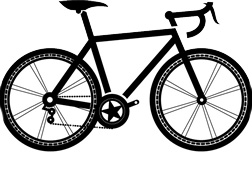 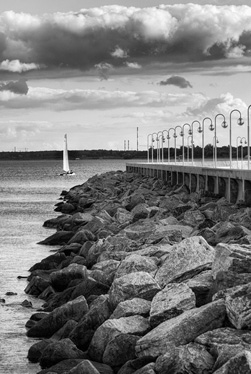 The Tricity is just meant for bicycle lovers. About 100 km of bicycle lanes allow for a ride along the seacoast and major transport routes, both in the historical part of the city and in new residential neighborhoods. Bicycle tour will enable tourists to go near Motlawa Canal, in the past surrounding the city from the south and east, and along the Radun or beaches stretching to Sopot and even further.

Żwirki i Wigury 2A, 81-392 GDYNIA
phone +48 504 444 040
www.manaspa.com
IKONA RUSSIA
IKONA RUSSIA©2018, ALL RIGHTS RESERVED
[email protected] Mission Vkontakte Instagram / SITE MAP /
The use of materials of IKONA RUSSIA is allowed only with the tentative agreement of the copyright holders. All rights for images, texts and other content of IKONA RUSSIA belongs to their authors.